Scroll down for Kevin’s Biography 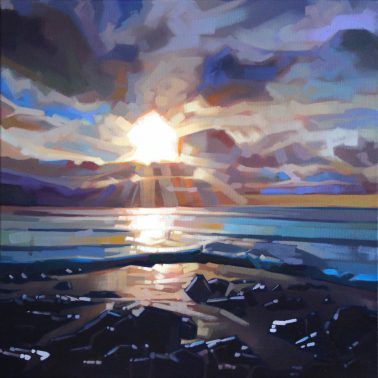 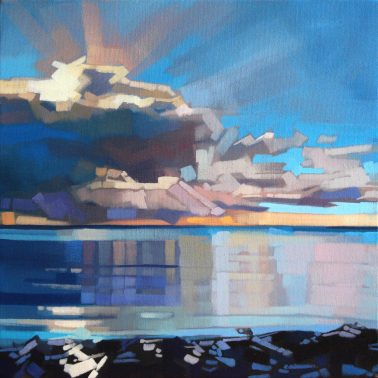 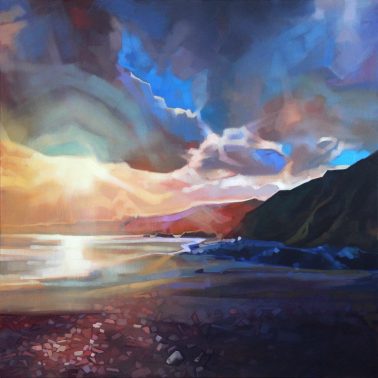 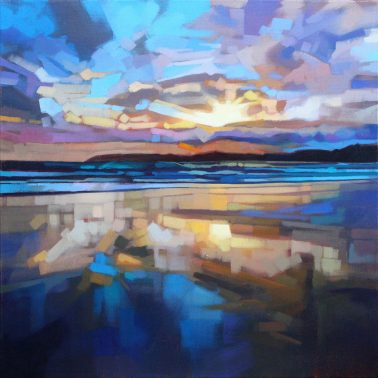 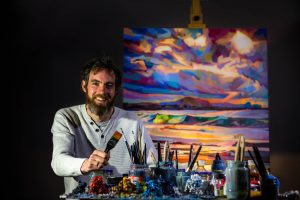 Kevin Lowery was raised in Galway and, after studying fine art in Dublin’s National College of Art and Design in the early 2000’s, he is now based in the North-West of Ireland.

Having lived by the sea his entire life, Kevin was always inspired to capture the magic of the ocean, even from an early age.

The central theme to his work is the elusive quality of light that dances on water and sky, transforming any seascape in a matter of seconds. He strives to convey that immediate moment of time and place by capturing those fleeting seconds of magic within his colourful artworks.

Mainly painting with oils on canvas, Kevin also incorporates acrylic paints, spray-paint, ink and other mediums within his paintings and his expressive and colourful approach makes for a unique exploration of the moments found along the coastline. Kevin’s Cornish seascapes are exclusive to THG and we’re delighted to have him on board!