When I was younger I became frustrated by ‘failure’ and all the effort that went into something that seemingly crashed somewhere down the road. It’s only over the last few years or so, though, that I’ve realised nothing is wasted… especially the experiences gleaned from those ‘failures’. 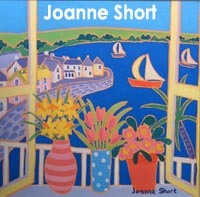 In my past I’ve funded my life a multiple of ways; a writer, a social entrepreneur, a musician, sound editor and radio producer (the list goes on), some of which have been more ‘successful’ than others and a lot of which have cumulated in national and international awards. However few made me any more than a living, so I’d always deemed them a failure. 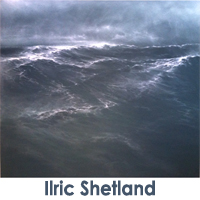 However, recently I’ve discovered patience, and the realisation that success isn’t necessarily quantified by wealth (in fact most successes aren’t). As such, I now can’t help smile when a forgotten talent from one of my past ‘failures’ suddenly comes to the fore and the realisation dawns on me… oh, THAT’s why I needed that experience! 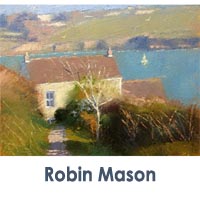 I guess a belief in ‘everything has a purpose’ helps me to realise not all of which I’m learning today might make sense today, but when I look at all the talents I’m using in this chapter of my life as a gallery owner – marketing (my social enterprise skills), writing newsletters (thanks to all of you that actually take time to read this gibberish!) – (my writing skills) – Podcast editing (my filmediting experience)… etc. It only makes me ponder as to what I might use the skills I’m learning here in the gallery for in future, too… the mind boggles! Still, the kids do seem to like my free pigs (see pic) – now a gallery give-away taken from my barren past attempts at being an artist myself! 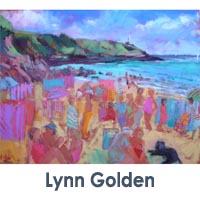 Anyway, I digress (as per usual!). March has been an incredibly exciting month. As mentioned in my interim mail, we’ve had some new work from the hugely talented Joanne Short. I’m so excited to be working with her and hope to have some of her husband’s work (John Dyer) in before long, too! They’re so ‘uplifting’ I swear she’s painting with liquid sunshine! 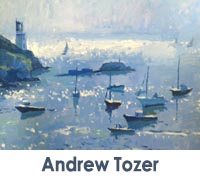 A top favourite of ours – Ilric Shetland – delivered another one of his magnificent and hugely popular seascapes last week as well, so, being too large for the window, it’s taken pride of place under his most talked-about landscape. Like the other seascapes, though, I doubt it’ll be there long! 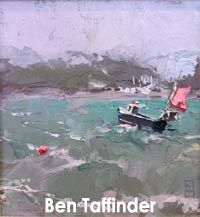 Robin Mason never fails to astound us all with his beautiful works of Portscatho and the Roseland. And I’m delighted to feature him as this month’s Podcast… a candid and open interview which I hope will give everyone a little insight into his world.

The lovely Lynn Golden bought in some new work (and then bought more in because that sold!) and her daughter, Marianne, has promised us some new pieces too after taking a break to look after her lovely new baby. 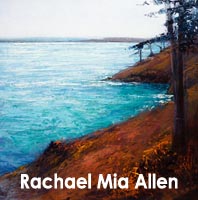 As we count down to Andrew Tozer’s year in residency and our preparations for the Grand opening at the Old Paraffin Store at St Anthony start to become a priority, the maestro hasn’t held back on his support for us by painting no less than eight stunning new pieces… he spoils us! But you’d better move fast; I took them in yesterday and two are already put by! And if you don’t know the Paraffin store at St Anthony, I’ve done a little video as a teaser which you can see by clicking here (sorry for the wind!)

Our local artist (and one to watch!) Ben Taffinder has just delivered two delightful new works, too, and as the year progresses I hope to bring news of how people in London will be able to view his, and many other of our Cornish based artists work in London. Another exciting location, I assure you… assuming I can pull it off! More on this later in the year. 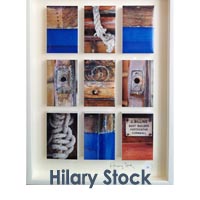 And if that ain’t enough for ya’, we’ve got three blinding new Rachael Mia Allen works in, as well. Very excited about those little puppies. And Hilary Stock delivered a superb addition to her limited edition photographic works, one with iconic Portscatho images of ex Portscatho harbour master and boatbuilder, John Billing’s, boats… just lovely.

Phew, so there it is… like I said, a full-on refurb! So the gallery’s freshened up read for the season and I’ll be bringing you the final dates for all our events throughout 2013 at the end of April along with your personal invitation to Andrew’s Lantern-lit opening exhibition down at St Anthony at Whitsun…. can hardly wait!!!

Have a wonderful month and I look forward to seeing you soonest.

I had an interesting chat with one of our artists last month about an artist’s quandary; one I hadn’t considered before. Once a renowned artists (of which we have many) becomes known for their style, it is quite a brave move for them to expand their artistic horizons. They have fans who ‘expect’ a certain look and the artists have bills to pay, so following ones artistic desires to expand beyond their ‘norm’ is quite a decision to make. That said, an artist that does make that transition successfully can become highly respected for their commitment to their craft… read more