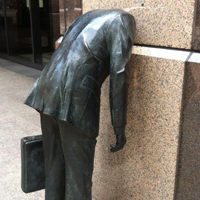 I was having a little thinkie the other day about what a thankless job being a politician must be these days. I’m not going to get into the ‘B’ word but I know as an ex parish council, many think you’re in it for the power, or to get your fingers in the honey-pot (which on a parish level at least I can assure you there’s very little of either!)

It’s my belief that the vast majority go into the job in the hope of ‘making a difference’. Unless you’ve been an MP before, up to that point your work, I believe, is unpaid. So there’s a long period that you’re reliant on your personal income to support your bid… even if you do eventually make it to a paid MP salary.

Once there, there’s the huge quandary of how to vote. Despite having strong opinions on some matters, if you’re like me, most of us have hardly read a shred of evidence to support our views (apart from what we’ve picked up in passing). I know nothing about nuclear energy or fracking, for example, but I have strong opinions on both. 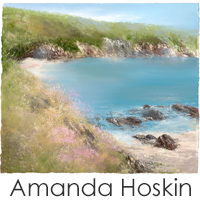 The quandary for an MP then is: do they vote on populist opinion, or on their gut instinct having read far more about it than many of us? Then there’s the party. Do they vote with their party despite it maybe being at odds with both of the former?

No matter which way they vote, they will get flack from some areas of their electorate and few of us will take the time to ask them why, even if they had the time to answer. Not only that, more these days than ever, their lives are under the microscope due to the information highway… fake or otherwise. 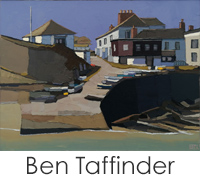 I suspect all politicians get frustrated at the futility of their job, more than most of us, and especially at present when our faith in them is at all all-time low. So despite, and maybe because of the current climate, I hope you’ll consider taking a moment to walk in their shoes. I suspect it’ll be a humbling stroll. 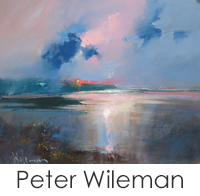 Right, we have some cracking new work for you this month, so with no further chit-chat, let’s kick off with the mighty Peter Wileman. His last collection of work sold out in two weeks and so he’s painted five stunning new pieces for us which will arrive to view in-house next weekend. But if you’re as big a fan as me, I might not wait that long before choosing yours! 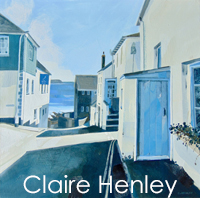 We’ve had a newbie from the fabulous Claire Henley. She’s painted this scene before and I just love the muted tones of this one. More’ll be on their way soon, I think, so keep yer eyes peeled in her page!

The Hig (aka Stephen Higton) has painted a brand new scene of Towan beach for us as well. Don’t you just love the majesty of that scene at low tide? I suspect he’ll be painting again for us soon, too, so watch this space. 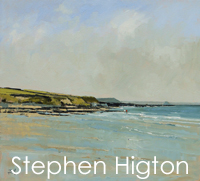 The phenomenon that is Ben Taffinder came in with an absolute stonker the other day. This whopping and iconic view of Portscatho won’t last long I suspect, as well as the few others that came in with it. Impasto doesn’t get much better than this, folks!

And what newsletter would be complete without new Robin Mason’s? This beauty of Portscatho porth is so hot off the press it’s blimmin’ near burnt me fingers! What’s more, it’s inspired by one of our Deb’s pics… how delightful! You can check out his newbies here. 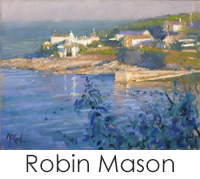 We’re also expecting new work from Penny German, Amanda Hoskin and many of our other stars now the summer rush has eased, so it’s worth planning a weekly trip to the website or following our social media feeds if you’re in the market for one of your favs. Failing that, how about a commission?

Have a fabulous October and I hope to see or hear from you soonest! 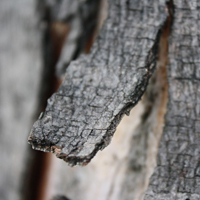 A friend was telling me recently of a neighbour who was getting themselves wound up about a silly dispute. Despite the council and police telling her she had no grounds for her displeasure, she was clearly having none of it.

It’s clear that people will make themselves ill with such unabated venom, but in a small way we all get annoyed about little things like this on a daily basis in some shape or form… and it’s completely normal… read more.