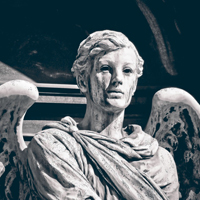 I was recently moved to tears by the incredible actions of a clearly divided man. Anyone who saw C4’s excellent 24 Hours in A&E would have seen a very humble man who came in to A&E needing urgent treatment for a life-threatening ail. 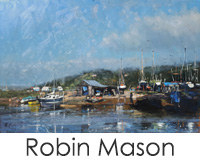 As we watched, he narrated how he’d had had an exceptionally loving relationship with his former wife who, a few years later, contracted a harsh degenerative disease, crumbling their lives. As the illness took over her body, she told him that one day, when things became unbearable, she wanted to take her own life. 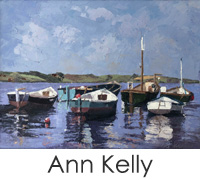 The news was harsh enough for such a loving man, but on coming home some time later, he found his wife had tried and failed, leaving her critical but alive. Discovering her again a few weeks after that, having tried again, he was clearly emotionally distraught and found it very distressing.

This poor, broken man came home one last time to find her having taken pills and trying to asphyxiate herself. Realising she would be brain dead even if she made it, rather than call the emergency services right away, he sat down and tightened the bag and let her slip away beside him. 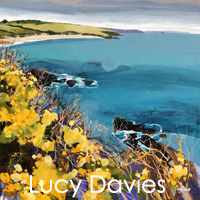 If this wasn’t hard enough to bear, having admitted his actions to the police who turned up after he called them, he was arrested and had a year of being dragged through the courts for manslaughter.

I doubt I have ever heard a story which epitomises the word selflessness. He wanted more than anything to live with and love his wife, but in letting her go and facing the resulting horrors as he did, he was forgoing everything he wanted himself to honour the wishes of his beloved wife. 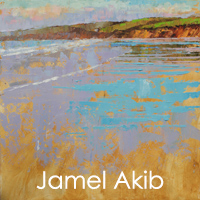 For many years his life was in shatters until finding new love with his current wife, but his act of humanitarianism and kindness will stay with me for a long time. He gave everything he so desperately wanted himself so she could have her one wish: dignity in death as in life.

Blimey, OK, to lighten things up, how about coming into the gallery tonight at 6pm, virtually? All of the work I’m going to chat about below I will be revealing tonight in a virtual Zoom exhibition. 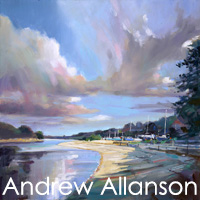 Rather like Robin Mason’s successful exhibition in April, which was great fun for all, I’ll be holding another tonight at 6pm to show all these pieces live. Hope you can make it and here’s the link, but there are only limited spaces, so login early to secure yours: https://us02web.zoom.us/j/86434366474

We’ll be showing new work from the fab Jamel Akib, tonight, who sent down size astonishing new pieces. Penny German too has added to her collection with three gorgeous still lifes. 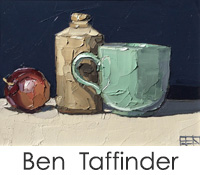 Both Ann Kelly and Andrew Allanson who’ve sold works this month have sent down more work for you to enthuse over. Three of them sold almost immediately so worth popping over to their pages if you’re a fan like me!

One of our newest recruits, Lucy Davies, who hasn’t stopped selling since the day she joined us, has added 4 new pieces to her page…. And beauties 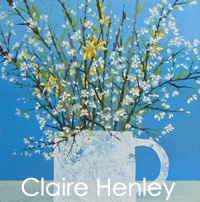 they are, too! And at last our Bulgarian Baron, Angel Angelov’s works have just arrived back from the framers… utterly sublime!

Everyone’s favourite impastoist (is that even a word?), Ben Taffinder has delivered 4 new pieces and one sold in minutes, so do check those corkers out before they chivvy off to a new home! And talk about popular, that 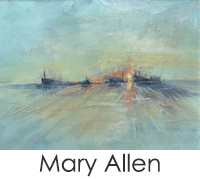 And to finish off the new works, the serene Mary Allen has added three incredibly powerful pieces to her page. This one in particular of a scorching summer sunrise is just ginger-peachy, eh? 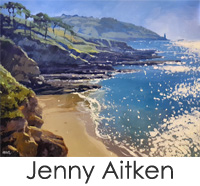 Now, as we can’t be together in person, both Jenny Aitken and Stephen Higton’s Fisherman’s Shelter exhibitions will be held virtually from the gallery. Like tonight’s ‘new works’ exhibition, we’ll be doing them via Zoom. 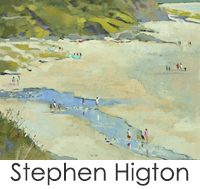 Thanks so much for all your support in April. Once again, we’ve had record sales and I am humbled by your generosity and support during these trying times.

Stay safe and hope to see you soon! 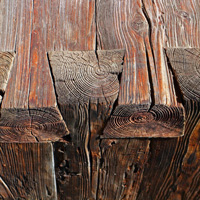 It would be easy at this time to focus on the negative actions of the few, but I for one have been astounded by the generosity of the many during this global pandemic. Why it is that we have to have a global catastrophe to suddenly stop in our tracks and start to consider our neighbours is confusing to me, but the fact we do, is of much comfort.

We see the magnanimous outpourings in news and media reports and even myself, when I created a Roseland Corona Support Facebook page alongside my non-profit website, Roseland Online, I was astounded to find over 700 people sign up almost overnight to help others, offering support, posting good wishes and pledging their time and money to help in any way they could… read more