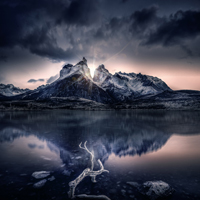 Blame and responsibility in our society are often considered related. For example, if someone drives into us (blame), it’s only right that they take responsibility to fix the problem, right? Well, that may be true for legalities, but when it comes to emotions (in my thinking at least) they have quite a different relationship. 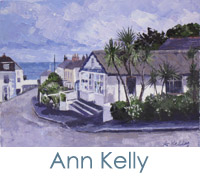 Sure, we may decide someone is to blame for our issues, but if we lay the problem at their door, we allow ourselves to become an even deeper victim of their whims by handing over responsibility to them to fix us.

One of the hardest things I learnt from my erstwhile American Indian friend in the 90s was that whatever had come before in my life, there was only one person who could fix it… me!

Taking responsibility for one’s issues, no matter whom we hold to blame for causing them, is for me the first step in healing. If I don’t own something, I can’t fix it. I first have to take charge of the issue and then decide, for me, how to resolve my turmoil. 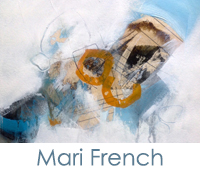 It took a long time to learn this back then because my brain kept telling me this was caused by someone else, so… But once I started owning my issues, like anything one practices in life, it became second nature. Reaction: “Damn, look what someone’s done to me!” Action: “OK, what can I do to fix it.” 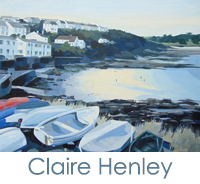 If it helps to hand out some anger to the person who ‘did’ this to you, remember, Karma has a divine way of dealing with them. But someone else’s life is not your issue. Your life is. Surely it’s better to feel good about yourself than be filled with anger about another. 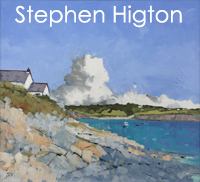 Taking control does that. It empowers and builds. And with responsibility comes self-respect and empowerment, which, believe me, is rather intoxicating. Can’t recommend it highly enough, folks!

Righteo, what delights has the world’s best gallery (probably) got for you this month? Well, to kick off with, I want to remind everyone about our popup exhibition at the end of the month in Painswick.

If you’re near Stroud over the weekend of 26th – 28th October, I hope you’ll pop in and see us. It’s being held at the Painswick Centre in Bisley Street and we’ll be kicking off with a private view on Friday 26th at 6.30. If you want to come to that, please do let me know asap, as there are limited invites.

We’ll then be there 10.30 – 4pm Saturday and Sunday with some artists popping in to support us, so come and meet your favourites! Hope you can make it and here’s to a successful first road tour for THG!

OK, so who’s been painting like a good’un this month? The every popular Claire Henley has been working like a Trojan for us. Her sales have been ballistic, so keep yer eyes peeled for her newbies as they come in. 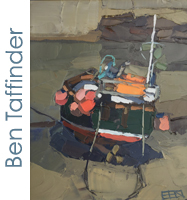 Ben Taffinder‘s popularity never seems to wane, either, so that lovely fella has bought in some new works, three which sold within 24 hours! Thank heavens he’s prolific, eh?

That cheeky Joe Armstrong popped in with 5 newbies on Saturday. I suspect they won’t last long either, so get over to his page asap. And the lovely Mari French has painted two beautiful smaller pieces for us, and blinders they are, too, so always worth checking out! 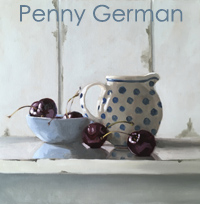 Penny German sent off four killers this week and they’re now live on her page of the website and Ann Kelly has been topping us up with some delightful new works to replace the sales she’s had this month as well.

Our newest recruit, John Hopkins has been down this weekend to paint especially for us and I’m ecstatic he’s graced us with the very painting that won him The Harbour Gallery award at Patchings this year. A stunner of Tenby Harbour. Look out for his new work very soon, too. 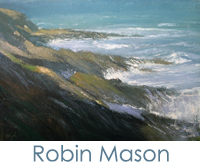 The ever popular Robin Mason sent down a beautiful new piece… how that fella does light is quite unfathomable, and how about ‘The Hig‘s’ newly painted brilliance? Is it possible for Stephen Higton to get better…? You decide by clicking right here! 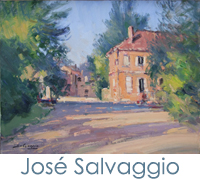 We have a rare foray into some international work this month as our popular Italian, José Salvaggio has blessed us with two of his magnificent French scenes. We rarely get these beauties in, so please move fast if you want a slice of José‘s sublime impressionistic expertise in your home or office. 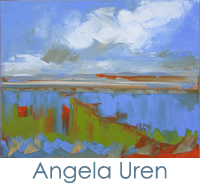 And last we have 7, yes SEVEN brand new Angela Uren‘s. Those colours and scenes just make me knees go weak, I tell ya! So pop over and immerse yourself in that cracking collection while they’re still available!

Right, before I leave you to your October, just a quick note to say we’ll be open Wednesday to Sunday 10.30 – 5pm each day from now on, but there may be a little disruption over the last weekend whilst we’re in Painswick, so do check first if you’re thinking of popping in then.

Have a wonderful month, everyone and hope to see or hear from, you soonest. 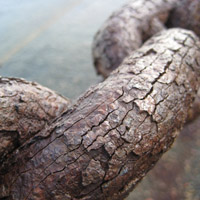 I was talking to an artist friend recently who had issue of self-belief. Being bullied at school by the ‘cool’ kids, they still believed they weren’t good enough even though they were one of the leading people in their field today and for sure would be the envy of those bullies now. 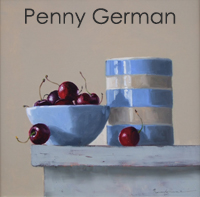 Our lack of self-esteem can run deep. Unlike the proverbial elephant who remains shackled to a feeble peg, despite now being twenty times its baby self, we should always be brave enough to challenge our most deep-set beliefs about ourselves… read more