I’ve been trying to get my head around the obsession with winning money we have in this country (and world-wide, I imagine). I remember recently commenting, “I’m glad I didn’t win it.” on someone’s Facebook post about their envy at someone else winning £165m on the Euro Millions: a comment they just couldn’t fathom. 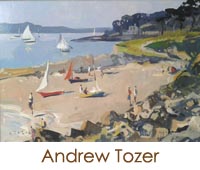 In my mind, why would anyone want to be given millions? I think I read somewhere that 85% of those who do, end up broke and/or friendless within 10 years. It’s all about comfort zones, I think: like being thrown in the deep end when you can’t swim. There’s a natural growth to earning money and just winning it lacks that feeling of achievement, which is so important for self-worth, and the lessons gleaned from earning it. 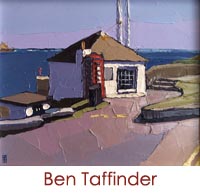 Surely when you earn your millions with your own energy, blood, sweat, tears and ideas, you give value to it? And this isn’t just true for financial gain, either. In my own experience, most people I’ve given my book or film to, haven’t read or seen it. Those who paid for it, however, did. Why? because they made an emotional (financial) investment, and in doing so gave it worth and value in their lives. 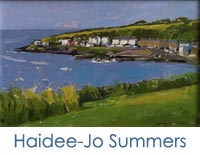 And anyway, isn’t life all about the journey? That ‘Ahhhhh’ feeling after you’ve achieved something that’s taken something from you? That’s where the value lies, in my mind. And that’s what I love about this job: selling works that will be valued by you. And I’m extremely honoured (and also last week’s theme, ‘grateful’) that you’ve chosen my gallery to spend your hard-earned money in. So, thank you! 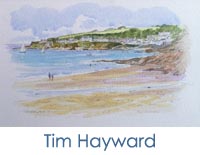 First up, Andrew Tozer astonished me this month with his sales power. I kid you not; eight in 24 hours! Mind you, for all those who didn’t make it to his exhibition, the works the Old Paraffin Store, St Anthony were some of the best I’ve ever seen. There are still some on his page of our website  Worth a look even if you can’t treat yourself. 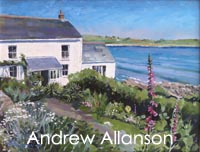 Gallery pin-up, Ben Taffinder  has been selling like hot-cakes over the last month or two. I think I may have said that I felt this fine young painter was on the verge of solidifying his style, and he’s certainly done that now! His distinctive pallet-knife style has had everyone buying them faster than he can paint them, so we’ve been cracking the whip a little on the poor fella, and subsequently have a brand new batch in. 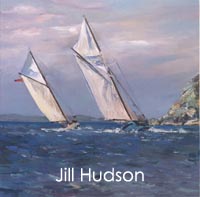 One of our newest artist, Haidee-Jo Summers,  has had a huge score this month having had one of her pieces selected for the Royal Society of Marine Artists at the Mall galleries exhibition in London for October. Congratulations indeed. And if you’re in that neck of the woods, why not pop in and see it? If you can’t, we’re selling her work here… but hurry, we’ve sold four soooo quickly already! 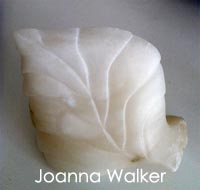 I’d also like to welcome Tim Hayward to our wonderful stable of artists. This exceptionally gifted painter’s oils sell in London for five figures, but we have some of his lovely watercolours in to whet your appetite and have been delighted by the response so far to both his local works and his coastal-bird miniatures. Have a butchers here.

David Gray has been in with some classic new works, so if you’re a St Mawes fan, I’ll bet there’s something there for you to consider. And his sales, along with Andrew Allanson  Jill Hudson  Joanna Walker  Haidee-Jo Summers and Claire Henley have been flying off the walls at our sister galleries at the Scarlet & Bedruthan hotels, so well done everyone, and thanks to the staff there for all their hard work!

I’m excited about the next exhibition at St Anthony with the lovely and hugely popular Lynn Golden, and the extraordinary talented, Ilric Shetland. This one is part of the Roseland Festival so I’m sure it’ll be a popular one. I’ll remind you again 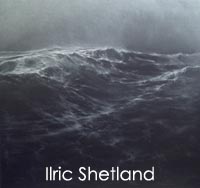 nearer the time, but for now, the Friday drinks open evening is on September 27th and then Lynn and Ilric will be there from 11am – 4pm on Saturday 28th and Sunday 29th.

So there it is, folks. And in what was a record breaking August for the gallery (by far!) I was also proud to have seen my wife, Susanne, and her organic florist business www.TheBlueCarrot.co.uk, be featured in a four-page Daily Mail YOU magazine spread. It’s enough to make a grown man weep, I tell ya’.

Have a wonderful September! 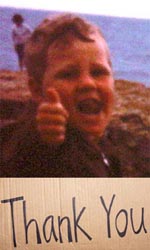 As I grow older, I feel gratitude is one of the main routes to happiness. No matter where we are in our life, there are always others who are worse off than ourselves. I understand everything is relative and that we all have times when we feel down, but in the great scheme of things, being grateful for what you have – rather than focussing on what you don’t – is the easiest way to achieve some modicum of happiness… read more