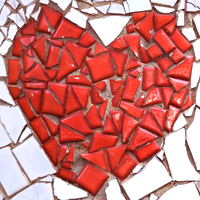 I found my week last month with my Alzheimer’s suffering father one of the most difficult in a long while. I’m not looking for sympathy here; taking a week out from my cocooned, privileged life is nothing in comparison to his partner’s 24/7 care…

…but the complexities of emotions that I felt during that week were staggering. 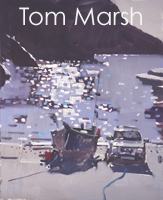 Should I feel embarrassed when he recites racist and homophobic jokes from an era when, sadly, this was deemed acceptable, simply because it’s the only era his short-term memory loss will allow him to remember?

Far from being racist, as a child I remember him instinctively sprinting after a gang of knife-wielding skinheads who had surrounded a young Indian boy, luckily converting their pack fight instinct to flight… and probably saving the boy’s life. A powerful display of fair play, which I like to think I’ve inherited (although I highly doubt I would be as brave, given the same circumstances.) 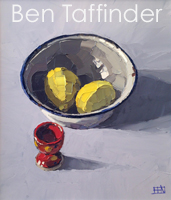 But if you believe as I do that life is simply a mirror, then the urge to apologise for my father’s jokes comes down to my own self-confidence.

Allowing others to be offended and not feeling the need to ‘explain’ may be hard… but important. Self-confidence is about not feeling the need to apologise, but allowing another to have their limited views and forgiving them for their short sightedness. Otherwise it’d be like trying to carpet the world instead of putting on a pair of moccasins. 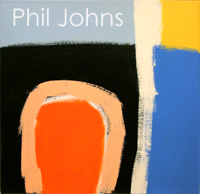 We live in a world of accountability where social media and the press put pressure on us to act without offending others. But I feel confidence is about knowing your own moral compass and living by it, and not needing to explain yourself to those who feel they have a right to judge you… or your loved ones.

By way of an amusing footnote: on day 3 of his visit, when the fella managed to escape and go walk-about, I found him 15 minutes later, down at Tatams coffee bar, enjoying Pan au 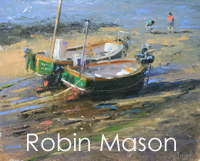 raisin and chocolate, courtesy of Simon and the team, whilst he talked the hind legs off some bewildered local… bless ‘im!

OK, so let’s ‘ave a butchers at some killer new paintings, eh? And there’s no better start than our thoroughbred in our most bodacious of stables… Tom Marsh.

As promised, Tom came and painted for us last month and just a few of his local paintings are now live on his page of our website. They should be in-house in a couple of days, but as he’s started to attract the crowds, I’d have a butchers right away, if I were you.

That splendid Ben Taffinder‘s bought in four newbies, too, but two of them sold in a couple of days, so I’d skip off to his page now to make sure you don’t miss out on the others. 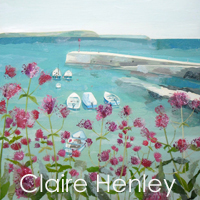 That popular Phil Johns has just delivered 18… yes EIGHTEEN! new pieces and 3 went straight out the door, so if you’re a fan of his vibrant work, there’re some super works for you on his page… (the last works ever from him as he’s now retired! Boooo!)

Robin Mason and Mike Hindle are beavering away for us as I write, preparing for their respective Fisherman’s Shelter exhibitions 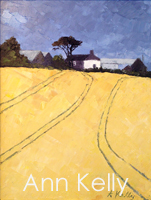 And that there clever Claire Henley has been working like a Trojan for us as well. As soon as we get ’em in, they go straight out again. You guys really do keep her on her toes. What are you like? Poor girl. 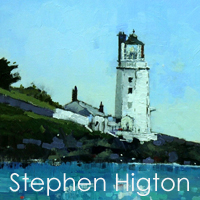 Oh and the delightful Ann Kelly popped in the other week. She’s left us with some corkers, I tell ya. Such simple, intimate works that just glow with skill. Gotta love that, or? And that splendid Stephen Higton is here next week (sorry, my mistake, I mistakenly said June last month). So looking forward to getting those newbies up any day now.

And last, but by no means least, the über popular Julian Mason has just emailed seven brand new pieces, painted exclusively for us. The last batch sold in just 8 days, so this is one fella you don’t want to drag your heels over. Check them out here. 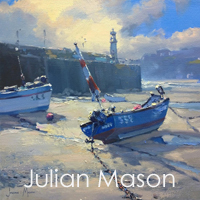 Well, there it is! As mentioned, our new star painter will have works in-house from next week. Can’t mention his name here (it’s complicated) but suffice to say I’m soooooo excited to have him with us and I can talk about it properly in October’s newsletter, so more then. In the mean time, if you’re here, you get first dibs! Just Wunderbar! (Sorry, came over all German at the end there!)

I was struck recently how much my learnt Superman complex feels the need to fix problems that may or may not even be there. We all have our psychological complexes and they often dictate what we do as a living… but mine’s most certainly the ‘fixer’… orSuperman complex.

It’s manifested in many areas of my life and even driven me to start a nationwide social enterprise for recycling, to become a Parish Councillor and Youth Club leader and even founder of Roseland Online, etc. so when I recently felt drawn to form a British Gallery Guild after hearing so many stores about badly treated artists, for once I stopped myself… read more.