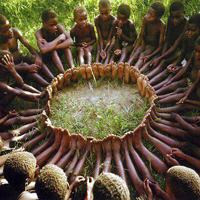 In one of my weaker moments this month, I started to muse over the reactionary society we live in. We seem focussed on a cure-rather-than-prevention culture. We pay our doctors to make us well after we’ve been ill; our police force to find culprits after a crime has been committed; our dieticians to make us slim after we’ve become overweight; and our armed forces to take up the baton after we’ve failed in negotiation. Not a splendid subject to be mulling over whilst living in paradise, I admit ;-0) (Note to self: could do better.) 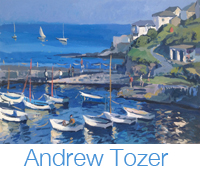 Then my spirits were lifted when I stumbled upon a fabulous little story, and a word I’d never heard before. A word that is the absolute epitome of how I think many of us would love to see this culture of ours manifest itself. The word was ‘Ubuntu’. It’s an African word used by the Xhosan tribe, so if I may, I’d like to share that short story with you:

An anthropologist proposed a game to the kids in the Xhosan tribe. He put a basket full of fruit near a tree and told the kids that whomever got there first won the sweet fruits. When he said go, however, they all took each other’s hands and ran together to get the fruits, then sat together, all enjoying their treats. When the anthropologist asked why they had run together like that, when just one could have had all the fruits for themselves, they answered: “Ubuntu… How can one of us be happy if all the others are sad?” 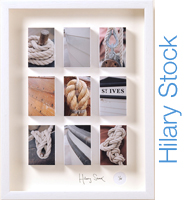 Surely this is the goal of any ‘actionary’ society? One in which we pay our doctors to keep us well; our police to educate and assist; our dieticians to help us stay fit; and (and this is the most interesting) train an army of peace negotiators and post them throughout the globe with that mission in mind for our country. Just a thought from a gallerist with waaaay too much time on their hands, I guess, but in the words of John Lennon, “You may say I’m a dreamer, but I’m not the only one…” 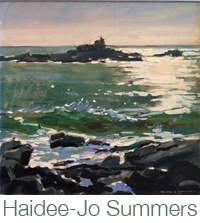 Anyway, talking of dreamy (yep, another questionable segway!) I have many reasons to be extremely excited this month. Yes, we’ve have some wonderful new work coming in from Andrew Tozer  Ben Taffinder (who, like Andrew, is selling like there’s no tomorrow) and Hilary Stock… who we’ve been working to the bone, too. 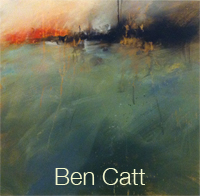 We’ve also just had in some cracking new Haidee-Jo Summers and a couple of Malcolm Ludvigsen‘s in along with two superb Claire Henley (who visited the Roseland to paint for us… the results of which are cracking!), so the world is a cheery place.  Oh and Robin Mason graced us with six new pieces, half of which are already sold, so don’t delay with that cheeky chappie! 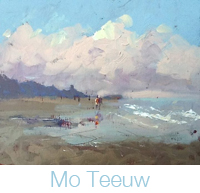 Not only that, Ben Catt brought some new work in yesterday (he’s been selling out both here and in our sister galleries at Bedruthan and Scarlet Hotels  and we’re expecting some new Jill Hudson‘s, too, as she now back from her annual sabbatical to Slovenia. But… (drumroll!)… we have a brand new artist, too…! 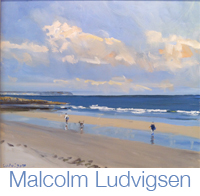 Welcome, Mo Teeuw  Mo is a painter from Lincolnshire and one I have been following on Facebook for a while now. Turns out she’s a friend of Haidee-Jo Summers, as well, so they’ve planned to come and paint for us together very soon. Gotta love that, eh? For now, though, I’ve added a couple of Mo’s current works to the website. And would you believe it; chance happens that one of those very paintings (pictured here) was being filmed whist she painted it, so that’s this month’s Podcast, folks! (You can’t make this stuff up!) 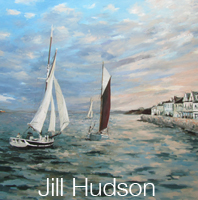 OK… breathe in. Like I said, sooo much going on.

But before I leave it for this month, I want to let you know about an exceptionally exciting transformation in the wings. The Harbour Gallery is going International!

I have just struck an exclusive UK deal with an astonishingly talented painter. Never before has the galleryI shown international work; our focus in the gallery has been Cornish scenes up till now.. and that won’t change. However, as I was so in awe of this young man’s work, I felt that I’d like to try some international work for you to savour. And as our online sales have been growing so well, I thought it time to test the water. 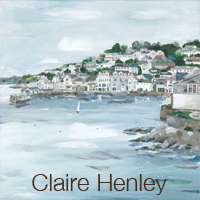 I won’t say more until later in the month, but as soon as I’m ready to go live, I’ll send you another interim email, announcing the launch. I know you’ll be as excited as I am when you see what I have in store for you! Till then, mum’s the word, eh?

To close, though, I want to leave you with one last reminder about our Contribution Buying service  This month, two customers have taken advantage of this brilliant (and we think unique) service.

Both are having ‘significant’ birthdays and have put down a deposit on a painting they love. We have created a web page for them with a PayPal contribution button so their friends and family can go there and contribute as much as they’d like to. Once the sum is reached, the painting is theirs… simples!

So if you’re having a birthday or maybe even want something special for Christmas this year – something you’ll cherish for life and won’t have holes in by mid January (not that I’m complaining about my wife’s socks last year, of course!) then contribution buying is for you. Just drop me an email or give me a call and we can set it up for you in minutes.

OK, that’s it. Have a splendid November and I look forward to sending news on the International launch later in the month! 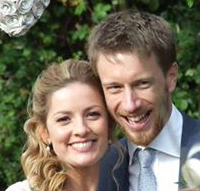 Inspired by two of our favourite customers (the list of which includes you, of course! ;0-) Ed & Lorraine (EdLo), who got married this month (congrats, guys!) I got round to thinking about love. A heady subject, I know. But after nearly 13 years of wonderful marriage, the true meaning of the word ‘Love’ intrigues me… read more