I recently read a most beautiful post on Facebook. A mother had promised her daughter that if she’d lost a bet they made, she would post 8 things about herself that she’d never told anyone. Of course she lost, hence the post, but what would have normally been shocking revelations that most of us might have judged the mother harshly for, in fact came across as brave and astonishingly honest. So her bravery for telling the truth made me (and others, judging by the comments) in awe of her. And I imagine offloading those secrets must have been an incredible release for her, too. 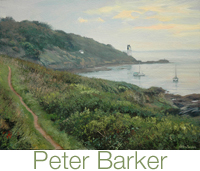 This reminded me of a fictional book I read in the 90s which, in the light of the many recent discussions about online security, now is more prevalent a read now than ever. The Truth Machine, by James L. Halperin explored what would happen (in 2004) if someone had created a machine that was 100% accurate at revealing the truth about anyone, and what its effects would have on society. Based on the way we think today (where if we can maybe ‘get away with it’, we might try) it’s hard to believe that complete openness like this would ever work. 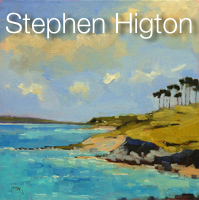 But imagine if you’ve been bought up in a society where the truth was told from birth; where there would be no way to ‘get away with it’. There wouldn’t be a need to fear a corrupt person getting into power who’d do something awful with our data, or use our personal information against us. They would never have been able to get into power in the first place because of the way society would be structured. Nor would there be anything to hide anyway. 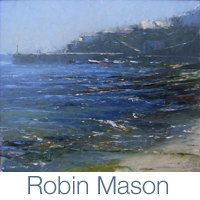 So, in short, I think the only thing that will save society in the long run is complete honesty in all things; complete openness about who and what we are. And yes, I agree, based on today’s society, that seems almost inconceivable. But to create it, someone has to make the first leap of faith. We would have to trust. But just like the woman on FB, wouldn’t it be liberating and astonishingly brave to start now? To make that first leap of faith? I, for one, pledge to do that. To be as open as I can with everyone. Why?Because I believe change only happens though determined action. 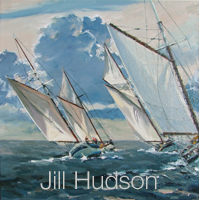 (And as an afterthought, James L. Halperin’s predications of the invention of The Truth Machine are astonishingly well honed: Facebook (and the real birth of the public internet) was founded on 4th February 2004! Hmmmm.) 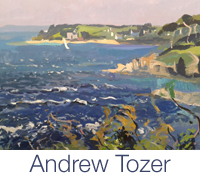 Anyway, enough pondering. How about a little reality? And to kick us off this month, I’m delighted to welcome the amazing talents of TWO new artist to the THG stable. First, Peter Barker‘s ‘Super realism’ works are just astounding, but I never thought that within 2 hours of posting on Facebook (there’s that truth machine again!) two of the four works were sold… amazing! Anyway, you’re most welcome to your new home, sire! (and Peter’s TV appearance from the 80s, which is this month’s Podcast – apologies for quality, it was lifted from a VHS!).

And secondly, only in the last two days we’ve managed to secure the astonishing talents of Stephen Higton to grace our walls. Like Peter, he’s an extremely acclaimed artist and having lived in the US for many years, he’s now back in the UK and has painted two scenes of the Roseland for us, which are just sublime. We’re looking forward to working closely with these two seasoned painters over the coming year but for now, check out their lovely paintings on the website. 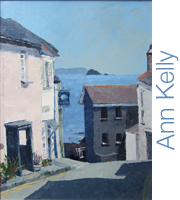 Got any new works in, Mark? You betcha! Robin Mason bought in a whole new batch last weekend and only on Wednesday, Jill Hudson popped in with six brand new works hot off the easel. I can’t even start to describe how lovely both these smashing painters excellent work is, so pop in and have a peek yourself with our fab Zoom feature… just ginger-peachy!

Andrew Tozer will be in with a new batch in the next couple of days. Here’s the first and the rest will be posted within minutes of coming in, so keep an eye on our website and our social media feeds (which now include Google+, too!). 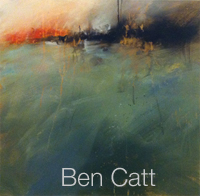 And if that wasn’t enough for you, we’re expecting new work from Rachael Mia Allen (one shown here which is on its way… argggh! I LOVE my job) and we’ve just had some more from Ann Kelly  too, which came in last week… smashin’! Mary Allen has promised to bring in a couple more and I expect to bring news of yet another new THG recruit in the coming weeks, too, and, and, and… yes, there’s more. That talented Mr Catt will be in with some fresh beauties in the next fortnight and the gorge Haidee-Jo Summers as well… can hardly contain myself… phew!

Lastly, if you’d like a free mouse mat sent out, we still have a few left. Been rather popular those – more than I expected – so please drop me a line and I’ll happily engage our majesty’s Royal Mail to have one hand delivered to you. Till then, have a smashing month, folks and suffice to say Portscatho is looking just stunning, despite the weather, so here’s to a more settled season ahead and look forward to seeing/hearing from you soon!

On the penultimate day of our holidays, my wife and I decided to visit LA’s spectacular J. Paul Getty museum. Whilst wandering around the exceptionally impressive building, we individually happened across the Dutch masters’ room. One work in particular quite literally bought tears to our eyes; Jan van Huysum’s ‘A Fruit Piece‘. The detail was astonishing. That we have the privilege to view such an exceptional 18th Century masterpiece up close, though, was a gift in itself. Moreover, it was the emotion the piece infused in us both that will stay with me… read more